A General Power of Attorney is a legal document which enables a person (known as the Donor) to give their authority to another person or persons (known as the Attorney(s)) to act on their behalf and also to make decisions regarding their financial affairs.

For each Funeral Plan arranged by us.
Pay over 25 years. (must end at age 85).Guaranteed to cover funeral after 12 monthly payments have been received.

An General Power of Attorney is normally created where the Donor wishes to appoint someone else to act on their behalf this could be whilst they are out of the country or where they may be unable to act for some other reason, possibly being in hospital. Where the Donor has already lost their mental capacity a General Power of Attorney cannot be used as they will automatically terminate on the loss of mental capacity. A Lasting Power of Attorney either Property & Finance or Health & Welfare is used in these circumstances. It is important to note that these documents MUST be setup before the incapacity arises. Should you need to pass control to someone else after mental capacity has been lost then a “Deputyship” is required these are more complicated that a Lasting Power of Attorney, they take longer to set up and are significantly more expensive. If you have no assets and only state benefits then an “Appointeship” can be established

These Attorneys can act in two ways Joint & Several (several means on they own) or they can act jointly, where the authority is joint and several, any of the Attorneys can sign any authority documentation on behalf of the Donor individually. Whereas if the authority is joint, every one of the Attorneys must sign the authority documentation.  You might be happy for one Attorney to be able to act for you in paying a utility bill for example but not the sale of your property.
The General Power of Attorney need not be registered and will usually end either on a specified date or where the Donor expressly revokes the Power of Attorney by executing a Deed of Revocation. A General Power of Attorney can only be used with regard to your property and financial affairs. It cannot be used to authorise someone to make decisions concerning your personal welfare (this is not the case with a Lasting Power of Attorney, Health & Welfare).  You can use it for a specific period or event, if your age or health makes it likely that you could lose capacity during the duration of the General Power Attorney then a Lasting Power of Attorney should be considered.

A General Power of Attorney automatically ends should become incapable of making the decisions conferred by the Power. This is not the case with a Lasting Power of Attorney which remains in force provided that it has been registered.

A General Power of Attorney has very wide-ranging powers and as a result, an Attorney can do anything in relation to your property and affairs. But the Power does not cover functions which relate to certain special personal responsibilities. For example, an Attorney cannot normally perform in your role as a trustee or as a personal representative (i.e. administrator) of someone’s estate.
An Attorney cannot sign a Will on your behalf, take action concerning your marriage or delegate their Power to someone else.

Yes, so you must only give the power to somebody you trust implicitly.

If you become incapable of making the decisions conferred by the Power, the General Power is automatically annulled. Otherwise, a General Power remains valid until it’s revoked.

Powers can be revoked orally, but to avoid misunderstanding it’s wise to write ‘cancelled’ on the original General Power of Attorney form or simply tear it up. The General Power would also be revoked if you or the Attorney died or become bankrupt.
A Power of Attorney is a very powerful legal document which enables an Attorney to do almost anything with your property (depending on the powers you have granted in the Power of Attorney document). A revocation of a Power of Attorney is not effective against the Attorney or any third party (e.g. bank) until notice of the revocation has been received by that party. Therefore we strongly advise having a written document as evidence of your revocation to make sure there is no doubt as to your intention to revoke the power. This Letter of Revocation should be sent to the Attorney and to “EVERYONE” that may have been informed that the original attorney had been setup, if they are not informed they would still act under the original power. This also applies if you change the attorney or change the terms of the power. 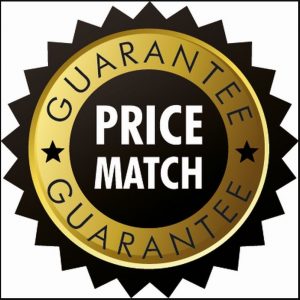 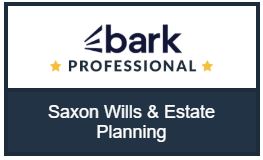